Good news for any Port Liberte home sellers who had short sales this year — you don’t have to worry about your mortgage forgiveness amount being taxed as income. The president signed an extension of the Mortgage Forgiveness Debt Relief Act on December 18th, 2015 that should make your selling process just a little easier.

Mortgage Forgiveness Not Counted as Income 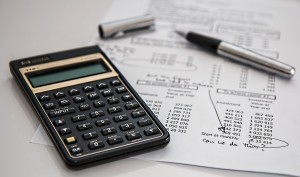 As part of the Mortgage Forgiveness Debt Relief Act, homeowners who had short sales on property were able to receive a tax break.

Had the bill not been extended, the difference from the mortgage amount would have been counted as income and taxed.

What the Extension Means for the Future

Every seller wants to sell for top dollar and in a short time to make the most of his or her investment. And I want you to have a successful home sale and to make it as stress-free for you as possible. When it comes time to sell your home in Port Liberte, let’s work together to price your home right, market your home to the largest number of buyers, and make the most of your investment.